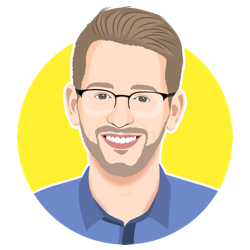 Last year I wrote the seven reasons for the best season. And of course, this year again, I´m gonna tell you what you can expect from the upcoming Eurovision Song Contest, why you should be looking forward to it and who my personal Top 10 are.

With just less than a week to go, I´m super excited to find out, who´s gonna win this year´s contest. 42 countries are participating and trying to bring the Song Contest back to their country, but just one act can make it. If we have a look at the odds, it´s Russia in the lead and most likely to win the Song Contest 2016. The Russian “musician of the year 2015”, he´s a real star in his home country, Sergey Lazarev will sing “You Are The Only One”, a typical Eurovision pop song. The video to the song is really amazing. His staging to the song is very high-tech, maybe a bit overdone, but still very impressive as the first rehearsals have shown.

Check out the song and its lyrics to understand the title of this blog post ;)

For the last seven days all 42 acts have been rehearsing on stage – over and over again, just to make sure they´ll all deliver in one of the semi finals and/or the Grand Final, which will take place already next Tuesday (10.5), Thursday (12.5) and Saturday (14.5). If you wanna stay up-to-date and see what´s going on the Eurovision stage I can recommend the official EBU website Eurovision.tv and their daily live updates from the rehearsals. 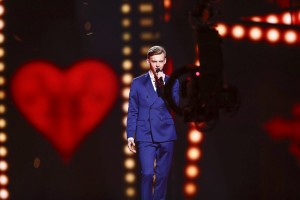 Today, on Sunday, the Big Five Countries (GER, ITA, ESP, FRA and UK) and host country Sweden will have their second rehearsal on the big stage before the first jury final (juries make up 50 percent of the total votes, the other 50 percent come from the viewers and their phone/app votes) takes place already tomorrow.

Eurovision is all about music, enjoying an evening full of amusement and just having fun. Each country will present a unique song. Clearly, it´s a song contest, so music is in the center of the event, but it´s fantastic to see the variety of the music and performances the countries chose to perform. If that´s not reason enough to join and watch it, I don´t know.

One of those unique songs is “Loin d´ici” (Far from here), which lovely ZOË will perform on the huge stage representing Austria. It´s an all-French song, which needs some explanation:

“I understand it’s not the normal thing for the people of my country, I got the question ‘why’ a lot. English is not our national language either, and almost nobody put that question to the artists that performed in English. It’s great we have this freedom and we can do what feels better for us, and for me as an artist, singing in French is one of those things”, she says at one of the press conferences to the audience

During a number of Eurovision press events all over Europe she got the biggest applause and love from the audience. I think she has really good chances to make it to the Grand Final and I´m convinced she can land a good place there. Her cuteness together with this up-tempo song and simple, but still catchy backdrop and performance should get people´s attention #12points

I was listening numerous times to all the songs. Now as I´ve seen the rehearsals of the countries including their staging and their press conferences, I made a list of my personal top 10. That does not mean that the final results will look the same (and we don´t know how the new voting system will affect the results), but it would be really nice to have it like that it the end. I didn´t consider Austria in this ranking as it´s not allowed to vote for your own country during the shows too. Otherwise it would doubtlessly get the 12 points ;) 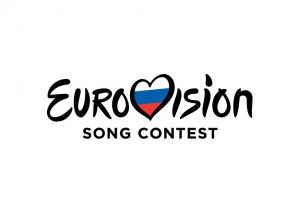 After Sweden was already hosting the Eurovision Song Contest in 2013 in Malmö (when Loreen won with her song “Euphoria”  before), they organize the show again in 2016. This time in Stockholm, the capital, however. As I really fell in love with Eurovision during the last few years – especially last year in Vienna, when I was one of the volunteers – I´ll be in Stockholm from Monday on for the whole week. I haven´t been in Sweden before, so that´s why I´m even more curious about it. I´m so looking forward to all of it as I felt this thrill of anticipation the last few weeks. 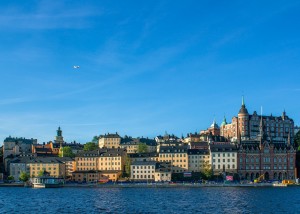 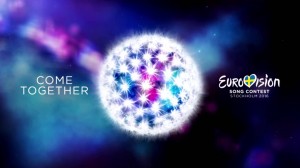 I´m happy to meet a lot of people, from Austria, but also other fans from all over Europe, even all around the world – following the slogan that people and Europe should #ComeTogether.

If you wanna get news from the current events there, just follow me on Twitter, Instagram and Snapchat (@mariohanousek). I try my best to keep you informed and entertained with the latest happenings in Sweden. That´s gonna be huge! Lycka Till, ZOË!